The SOE teacher education programmes are widely known for their quality and their excellent reputation nationally and regionally. During SICHE times SOE was honored to host international students from Kiribati, Niue and Tuvalu to do their teacher education qualification here on Panatina campus. Now each year the school welcomes students from our nine provinces to our Panatina campus in Honiara and those who study through distance delivery in other provinces of the country.

When a student makes a career choice of teaching, it means he or she will join a profession that makes a vital contribution to society and has a profound influence on young people and their learning. At the SOE student will study and work alongside a diverse range of people including, university staff, other student teachers, teachers in schools and early childhood centres and of course children in various settings.

Each year SOE caters to over 2000 students enrolled in a diverse range of programmes to prepare them for teachers in ECE, Primary, Secondary and TVET.

The future plan for SOE is to continue reviewing the current programmes and make improvements and at the same time develop postgraduate study programmes in areas of Education, Teaching and Leadership.

The SOE comprises four departments. They are: 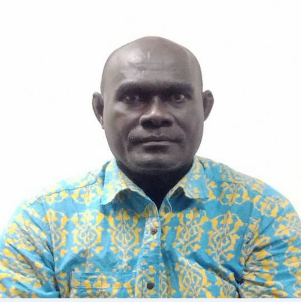 John taught for many years at all levels in the rural primary schools and  was  interested in particular in the upper primary in which he held school leadership positions as  headteacher . He was fortunate to join Solomon Islands College of Higher which is now Solomon Islands National University in June 2005. He has 17 years of working as  a  lecturer, head of  the  department, acting dean and currently as Head of  the  School of Education. He also contributed to the network of consultations with both local and international organizations to achieve the sustainable development goal 4.