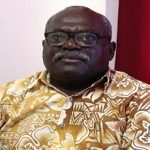 Sir (Dr) Nathan K Kere was appointed Chancellor of SINU in October 2020. He comes from Porokaputu village in East Choiseul though he started his education at Boe Village in South Choiseul. In 1964 he attended Goldie College, Munda and in 1966 he went on to KGVI. He scored a Class II pass on Cambridge O Level Certificate examination with 8 GCEs in 1969, the record that remained as the examination ceased.

He attended USP and then FSM where he graduated in 1974 with two gold medals and became a Medical Officer. He joined the medical department and served in several districts, Makira/Ulawa, Isabel and Western. In 1978 he successfully did his postgraduate diploma in public health at Otago University, NZ. Then he became the director of the failing malaria eradication program. In 1979 he obtained his Diploma in Acupuncture in Beijing, China and in 1982 he successfully completed his Master’s degree at University of Liverpool, UK after doing his field research in State of Maine, USA. He continued to serve in Solomon Islands in between studies and overseas duties. After successfully attending a Comprehensive Vector Control course at the University of South Carolina, USA in 1984, he concentrated on researching the effective way to address the malaria epidemic that caused high morbidity and mortality in Solomon Islands. In 1987 he enrolled to a PhD program with University of London, the world repute centre for malaria studies. This led to his large community-based field research in Solomon Islands that finally led to his graduating with the first PhD for the country in 1992. His research finding enabled the formal adoption of ITN by WHO as the method tackling malaria epidemics in the aftermaths of malaria eradication failures. He held senior positions, Undersecretary and Permanent Secretary including as Director of Solomon Islands Medical Training and Research Institute before he retired at the end of 1994 and founded his specialist private medical centre, East Medical Centre, to continue serving the people of Solomon Islands. Nationally he was a member of Committee that formulated the Political Party Integrity Bill, member of the Honiara Committee on drafting the Federal system of government and he served as a member of the Prerogative of Mercy Committee for two terms from 2015.

Academically he was the Chairman of SICHE 1993-1995 initiating the process to upgrade SINU to university status and he played parts behind the scenes to have the SINU Act 2012 passed. In 1993 he was appointed one of the FSM Consultants that initiated the FSM program that finally offered the degree MBBS. He was coordinator and thus external examiner to the Masters of Tropical Health Degree, University of Queensland 1988-1992. He had experiences as internal tutor at London University 1988-92 and experiences in other universities in Asia like Universiti Sains Malaysia, Malaysia and Mahidol University, Thailand. He was admitted as a Fellow of the Royal Society of Tropical Medicine and Hygiene (FRSTMH) based in London for internationally recognized specialists on tropical diseases in 1985.

Internationally he was member of WHO/UNDP/World Bank Special of Program for Training and Research in Tropical Diseases 1988/1990 and was Vice Chairman in 1988/1989. He was member of several WHO expert committees, attended many and in some chaired international meetings and workshops. He is currently a member of CDC Alumni, London School of Hygiene and Tropical Medicine Alumni and a member of RSTMH and NCD Initiatives, an international group advocating control of lifestyle diseases. He published many articles in internationally repute journals and authored several published mimeographs and advice locally and internationally on infectious diseases. For his services locally and internationally he received several awards beginning with WHO Medal in 1988, RI Paul Harris Recognition in 2002, RI Service Above Self Medal in 2006, RI Sapphire Pin in 2010 for services to ROMAC that sent babies from Solomon Islands for life saving operation in Australia and finally in 2014 Her Majesty the Queen bestowed him Knight Commander of Saint Michael and Saint George for his dedicated services to medicine and community in Solomon Island and elsewhere.

Sir Nathan is happily married to Lady Joy F Kere, another senior citizen that served the country extremely well. Five of their children are graduates and are all serving the country. Apart from having quality time with their grannies, both Lady Joy and Sir Nathan still enjoy playing golf at least twice a week including the 18-holes competitions every Saturday.